Speech by Mr. Youssef Amrani at his Take Office Ceremony as new Secretary General of the Secretariat of the Union for the Mediterranean 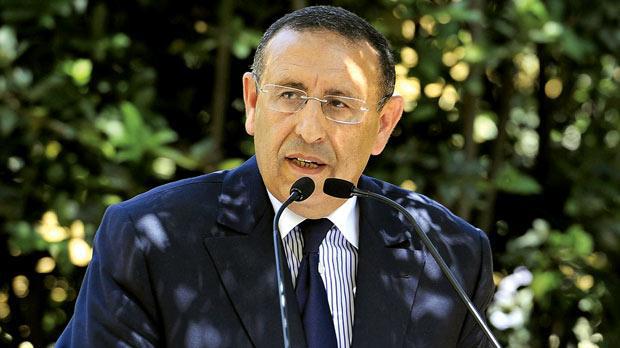 First, allow me to extend my gratitude to President SARKOZY and Prime Minister CAMERON for inviting the Secretariat of the Union for the Mediterranean to this very important event and giving a room for my intervention.

We are living a historical decisive moment in the reconstruction of a democratic, peaceful, stable and prosperous Euro-Mediterranean region. This is the meaning of the Union for the Mediterranean, which is based on strong clear principles: equality, co-ownership among all countries of South and North, variable geometry, promotion and assistance in project financing and concrete regional partnership.

I hope, as President Zapatero adhered, that Libya takes its position and space internationally, and within the Union for the Mediterranean. The major two challenges for this to become a reality are; to assist in rebuilding Libya, and in guaranteeing its full integration in the Euro Mediterranean region. The process of this recovery begins with; the restoration of public order and the rule of law, national reconciliation, and the establishment of a democratic regime. It also involves the socio-economic development and involvement of all stakeholders in the national reconstruction effort.

The full integration of Libya in the whole Mediterranean region is of course, a requirement imposed by its privileged geographical position in the Maghreb, as well as southern and central Mediterranean. Libya can be a decisive player in the major Mediterranean networks of energy and transport.
The Secretariat of the Mediterranean Union is determined to make a useful contribution to achieve these goals, at a time where the European Union revisits its neighbourhood policy.

The secretariat is able to act as a cultural bridge between the two shores of the Mediterranean. Therefore, my team and I are available for the Libyan authorities, in order to accompany and support them in their efforts to build sovereign rule of law in a stable and prosperous Mediterranean.