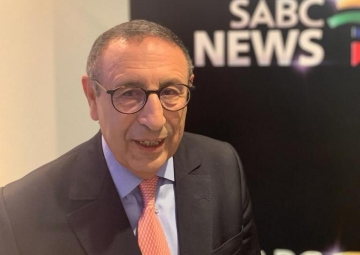 This was confirmed by Moroccan Ambassador to South Africa, H.E Youssef Amrani this week.

He said the first Bill is dealing with the demarcation of Morocco’s territorial waters, the second establishes an exclusive economic zone of 200 nautical miles off the Moroccan coast. “The demarcation of maritime boundaries, which complies with the International Law of the Sea, is designed to enable Morocco to better monitor the circulation of vessels and ships in its waters, ensure sailing safety in the area and protect the environment. The Bills will also put an end to the speculations concerning Morocco’s sovereignty over its territorial waters off the Sahara, in full compliance with the UN law of the sea convention,” said the Ambassador adding that the Kingdom remains open to a constructive dialogue with Spain in case of overlaps.

Recalling that the Spanish Minister for Foreign Affairs recently paid a visit to Morocco, the Ambassador underscored the strong and strategic partnership linking the two Kingdoms.

On Morocco’s Return to the AU

Meanwhile, the Kingdom of Morocco has reiterated its commitment to playing its part in building up a stronger African Union (AU) that prides itself on stability and mutually shared continental ambitions. Morocco rejoined the AU on January 2017 after withdrawing in 1984 following the Organization of African Union(OAU)’s acceptance of the “Western Sahara” as a member state.

Ambassador Amrani said Morocco had always remained committed to the development and prosperity of Africa and its citizens and continues to pledge its commitment in bringing about peace, unity and progress to the continent.

“Morocco left AU but never left Africa. Morocco is an African country, not only by geography but by developmental aspirations, economic and by spiritual ties and links that binds Morocco with other African countries. We see an added value in building up a strong AU with stability and ambition. Today, Morocco and, especially South Africa, share the same ambition of – as the SA president Cyril Ramaphosa has recently said that SA is chairing the AU summit – working together. The most important thing for Africa right now is how to create jobs, promote economic development and respond to the expectations of our younger generation. Our priority is to promote and strengthen stability, peaceful settlement of conflicts, and we need to – as many countries are doing – respond faster to challenges of terrorism, malnutrition and economic development,” said Ambassador Amrani.

Morocco has been committed to enhancing its relationships in Africa. Morocco has engaged in regional diplomacy to counter violent extremism, increase trade and investment; and promote economic and human development projects; and as a means of promoting stability and security throughout the continent.

Morocco’s re-joining of the AU was a crowning achievement of His Majesty the King Mohammed VI’s diplomatic efforts, wherein a key priority has been fostering relations with neighboring countries in West and Central Africa.

His Majesty, King Mohammed VI called the return of Morocco to the AU coming back home. The King has made over 50 visits to African countries, resulting in cooperation agreements on economic, political, security, and educational issues. At the 28th African Union Summit, 39 of 54 member states agreed to admit Morocco to the pan-African organization, AU, after a 33-year hiatus. Morocco is a founding member of the OAU, which transformed into the AU.